In the globalization period of today, learning new languages is a new way of developing oneself. At Purohit Academy, we offer a wide range of foreign language courses crafted by our instructors’ expert team.

What are the Language Courses in Purohit Academy?

One can also choose a crash course with a shorter duration, usually of 1 month to complete the entire course. While training corporates in any foreign language, we also coach them in customer behavior skills, buying and selling conversations, negotiating and clicking deals, etc. Additionally, our training programs also include tone training in Chinese languages and accent training for other languages.

We have planned a comprehensive module for our Asian language course. We have designed it to look at the entrepreneurs, business executives, and students’ requirements to gain enough knowledge of these languages to assist them in their day-to-day working life. In our Asian language course, we teach Mandarin, Japanese, and Thai to the students. This course teaches students various topics related to Asia, such as the foundational legends, romances, stories, narratives, novels, and poetry from all over Asia. Studies related to China, Japan, Thailand, and India will help students know about their ancient cultures.

We provide tone training, in addition to focus on vocabulary development and grammatical usage. Help people talk to their business partners and help students talk with their teachers and classmates who go abroad for higher studies. Help them make friends, make a telephone call, spell-timings, their currency, days of the week, months, units of measure, numerals, alphabets, and practice sentence structure. We also teach students about the various masterpieces of Asian poetry, drama, philosophy, and Asian history. We will start with ancient folk songs and dramas and develop historically to the twentieth century. We will introduce you to the cultures and traditions of the various places of these particular languages. We will also analyze these tales’ durability in the present times.

We examine the many changes these tales had gone through as they spread all over Asia and appeared in various media, including theater, visual arts, and television, cinema. During this course, students are honed in their reading, writing, and speaking these languages. Course books and study materials are supplied to the students from our academy. Audio and video sessions imparted during classroom lectures for a better understanding of these languages.

The fundamental aspects that the students can learn from our language course are the following:

Our Mandarin language Coaching course is a certification course specially designed and aimed towards enhancing students’ language skills and developing a basic understanding of this Chinese Language. We uniquely present the course to train the Chinese language students’ necessary oral and written variants. We at Purohit Academy prepare students for different levels of HSK certification exams. We cater to students to the optimum and best of our abilities with the needed back-ups while preparing them for an examination.

Mandarin Chinese is swiftly becoming one of the topmost languages to learn, particularly for business. Moreover, one cannot deny the language’s relevance considering China’s population and its growing market worldwide. China is the fourth largest country globally and is abode to 1.3 billion people, i.e., one-fifth of the globe’s population. Naturally, the Mandarin language is spoken by nearly one-fifth of the world’s population.

China and Languages of China

China is the world’s second-biggest economy after the United States, apart from being a major geopolitical player worldwide. According to the Ministry of Education, Chine, about 73 percent of Chinese people can speak Mandarin Chinese. Additionally, apart from Mainland China, Mandarin speakers can be found in Taiwan and Chinese communities’ diasporas throughout Southeast Asia like Malaysia, Singapore, Indonesia, Brunei, North and South America, and Europe. As China is a significant and one of the five permanent members of the United Nations Security Council, the Chinese language is also an official UN language and English, French, Arabic, Russian, and Spanish.

Chinese history and culture are known to be the richest and, without a doubt, the oldest. Hence, learning the Mandarin language will offer students countless benefits to personal and professional growth. And the next time they travel to China to stroll through The Great Wall of China, see the shrines, and indulge in the excellent food markets in its cities, communicating with the locals would be a no-brainer task. 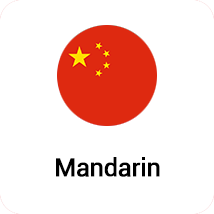 Why learn the Mandarin Language?

Learning necessary Mandarin language skills can be valuable for:

The study of the Mandarin language can unlock the way to different relevant fields such as Chinese economy, politics, history or archaeology, culture, etc. At present, the demand for experienced professionals with Mandarin language skills has multiplied drastically. Thus, gaining a certificate course in Mandarin has a lot of market value. Students with proficiency in the Mandarin language are well-positioned for technology, finance, tourism, business, translation, teaching, diplomacy, engineering, science, law, philosophy, political science, and much more.

With this introductory course, students can work as a translator, interpreter, and content writer with special Mandarin language requirements, proofreader, tourist guide, Mandarin teacher, language expert, an assistant or manager in the Embassy, or work in the growing sectors of BPO and KPO. Some of the multinational companies hire a language specialist just as a negotiator and mediator. The above and many more factors show a bright future for India’s Mandarin language and all Indians who might be traveling abroad and doing business online. It is thus, evident that as China continues to grow as an economic superpower, the trend to study the Mandarin Chinese language will also increase.

Here, at Purohit Academy, our Japanese language course is a certification course that helps students gain the basic knowledge of the Japanese language and literature, its grammar, vocabulary, and many others. It can lead the students to read Japanese words and sentences to improve their reading and writing ability in the Japanese language. Students are trained in communicative, oral, and usability related aspects of the language throughout the course. 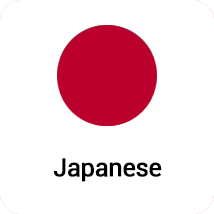 Why learn the Japanese Language?

Learning necessary Japanese language skills can be valuable for:

Learning the Japanese language has countless benefits. Around 127 million people speak Japanese in Japan, and a sizeable number of Japanese speakers also exist in Taiwan, Korea, Canada, England, Brazil, the Philippines, and the USA. It is also known to be one of the most extensively used languages on the internet.

Japan and Languages in Japan

Japan persistently boasts of being an extremely diverse economy, especially in Asia. The country is the leader in various sectors like consumer electronics, computers, automobiles, animation, optical media, semiconductor manufacturing, infrastructure, and shipbuilding. It has made its name as a country that produces the highest quality and technologically advanced products. High-flying Japanese brands such as Honda, Sony, Panasonic, Casio, Canon, Hitachi, Toshiba, Nikon, Fujitsu, Suzuki, Toyota, Pioneer, Mitsubishi, and many more such have broken into the Indian market in a wide range of sectors and are still expanding.

Therefore, being able to communicate with potential customers, clients, and colleagues can open several doorways. Possessing the skill to speak the Japanese language in India can thus offer many job prospects with such requirements. Many high-end companies are searching for Japanese language specialists in cities like Delhi, Gurgaon, Noida, Bangalore, Hyderabad, Mumbai, Pune, and others in India. Students can also discover new openings in MNCs with Japanese language requirements across India.   With such a vibrant, elegant, and beautiful culture, Japan and its language can be an excellent addition to your personal and professional development initiative.

At Purohit Academy, we have adopted an objective and efficient approach to learn how to easily and quickly speak the Thai language. Our course is drafted for absolute beginners or for students who have minimal knowledge about the language. You can reach your Thai language goals now and in the future, while also increasing your professional and personal success opportunities. Students coming to learn Thai at Purohit Academy are not only taught the language but also the culture and traditional details of Thailand. 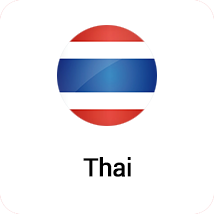 Why learn the Thai language?

Thailand and Languages of Thailand

Both India and Thailand are located in each other’s extended neighborhood and share a maritime boundary in the Andaman Sea. The bilateral relations between India and Thailand have a long-standing history, cultural and socially significant interactions, and far-reaching people to people contacts. Thailand is also an economic power-packed with opulent temples, beautiful beaches, and significant palaces. Hence, speaking the Thai language will be an undeniable asset for you on so many levels. Whether a person is a prospective investor or a budding entrepreneur, an adventurer, or a fanatic for exquisite holidays, Thailand is a destination with numerous opportunities.

Thai, the official language of Thailand, is written with an alphabet of 44 consonants and 32 vowels. The language has a tonal system with 5 tons, low, medial, high, descending, and ascending. Even as Thai writing and pronunciation appear tricky, other aspects of the language simplify learning, such as the invariability of words and simple morphology, since there is no gender, plurals, articles, or conjugation. The determinant particles execute all these functions. The general suggestion here is to start by memorizing words, phrases, and practical expressions that the students can use in everyday life, which will be valuable when traveling.

A Thai language certified candidate has an abundant number of options to choose from in their career opportunities. Students can choose from areas or job prospects such as tourism coordinator, foreign diplomat, translator, teacher, customer support operator, sales executive, tour guide, assistant in Embassy or other embassy level work and literary works, at data entry centers, private organizations, and hotel industry.